Leaflets Promoting the Open Day for St Aloysius’ School, who are based in Glasgow City Centre, Distributed by 2112 Leaflet Distribution. 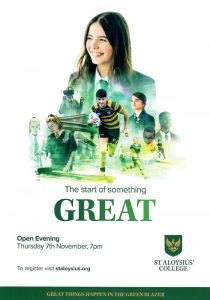 We continued our long-standing relationship with St Aloysius’ College by distributing leaflets promoting their Autumn Open Day for them in various areas in the South Side of Glasgow as well as North and South Lanarkshire.

The way in which we worked with the client to select the best areas into which to distribute their leaflets was interesting as it combined the results of our previous demographic analysis with information that they had obtained from some market analysis that they had done.

It was interesting to note that the results of our analysis not only supported the other information but was actually much more detailed and helped us to identify the best areas into which to distribute their leaflets.

In addition to targeted areas, our client also wanted to distributed to specific new housing estates in the various areas where they were distributing their leaflets to.  We agreed a lot of areas for the distribution and agreed the sequence in which they should be done.   This meant that we concentrated on the areas that were most important to the client and finished with those that were of least importance. 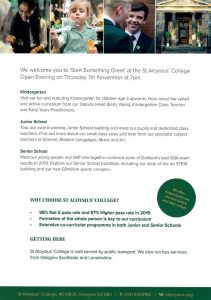 The reason for doing this was that we were aware that the weather can be very unpredictable in October so we always err on the side of caution so that we do not over promise and under deliver.  At 2112 Leaflet Distribution we are very  focused on client service so we will always try to anticipate potential issues and put plans in place to deal with them.

The fact that there were so many that had to be done in a specific order meant that we had to be very careful with our distribution management to ensure that all of the areas were completed and that the most important ones were done first.  We used our sophisticated mapping software and GPS systems to both keep track of what had been done, as well as ensuring that all of the relevant areas had been done correctly.

In this case we were able to complete the job on time and all of the areas that were agreed with our client were done.