Survey shows Leafleting can be More Effective than Digital Media

An international survey revealed that people have more faith in printed information than in their digital equivalents. 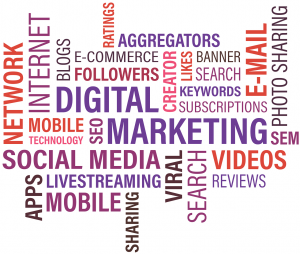 In addition, the survey found that most people ﬁnd online ads both annoying and often irrelevant.

In addition, ad-blocking is a major issue for both advertisers and website owners as the majority of respondents reported that they do their best to block or avoid online ads.

The survey also revealed a signiﬁcant lack of trust in online advertising and the majority of people do not trust many of the ads they see online.  The increasing use of ‘intelligent’ advertising whereby adverts for a product appear in unrelated websites after you have searched for that product elsewhere is fuelling this mistrust as people believe that ‘big brother’ is watching them.

Leaflet Distribution is alive and well

The introduction of the new data protection (GDPR) regulations also impacted upon the ability of marketeers to contact people directly, either electronically or by ‘snail mail’. Leaflet distribution is not subject to the GDPR regulations so a highly targeted leaflet distribution campaign can be a highly effective way to attract new customers.

Using our sophisticated demographic profiling system, we can be very specific about the areas where our client’s leaflets are distributed. This means that it can be as powerful as the digital media and other direct marketing channels.